When I was a little girl, my Grandpa loved to tell me The Blue Willow tale. For those of you not familiar with it, the Willow pattern was used as a design element in the 18th Century for ceramic crockery. While the legend behind the motif is a Chinese tale, the pattern has no real ties to China and was in fact a ploy to increase sales. Of course, as a child I didn’t know this and spent many years believing it was inspired by a tragic Mandarin love story.

Almost every meal I spent with my Grandparents, eating from a plate with the distinctive blue and white pattern, my Grandfather would tell me the tale. I loved the story—even after hearing it about a hundred times and I wish I could remember the exact details my Grandfather told, but alas, age has stolen them. I’ve searched through the various legends and this is the one that sounds the most like the one I remember. 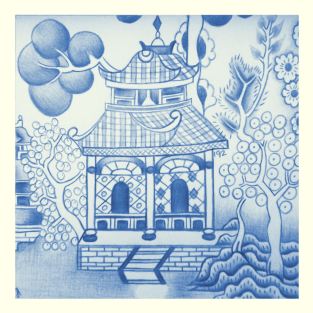 There once lived a wealthy man with a beautiful daughter. The girl was promised to a powerful man, but—much to the disappointment of her father—she fell in love with a man beneath her social status. The father tried to separate the lovers and maintain the upcoming wedding between his daughter and the powerful man.

The lovers escaped right before the wedding and were chased by the girl’s father and the powerful man. They raced over the bridge beneath the willow tree and took a small boat to an island where they could be together. In time, the powerful man found them and killed the lovers in a fit of anger. The gods took pity on the lovers and turned them a pair of immortal doves so that they could remain together forever.

A tragic love story, isn’t it? Beautiful and haunting, it made such an impression on me, that I used it as the inspiration for a creative writing project at school. It became more than a simple school assignment and I put as much effort into it as I could. Now, I was not the best student, but I was pretty decent when it came to those creative writing essays. They were my favourite part of English class even if there were too few of them in my opinion.

For this particular essay, our teacher decided to make it the best possible. He told us to write several drafts and have our classmates and parents read them to point out any errors. I can see the merit of it now, as this is similar to having critique partners, editors and copy-editors, but on a simpler level. As my mother was a single working parent and my sister was a whole five years older, I got my sibling to read my story instead, so as not to give my mom more to do.

After the edits and revisions, we all wrote our final drafts and were even encouraged to decorate the pages with borders or illustrations. I could not have been prouder of my work and I painstakingly drew a beautiful border around the pages to match the tale of love. We handed in our essays and waited for the results. And then my world crumbled… 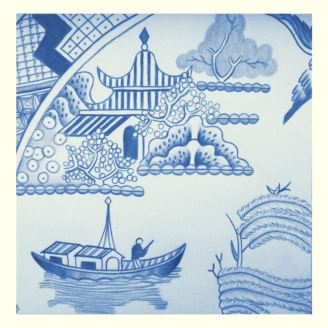 During one of our English classes, my teacher called me up to his desk—in front of the entire class—and asked one devastating question.

“Are you sure you wrote this story by yourself?”

I was horrified. I’d never cheated on a single test. Never had one detention. Basically, I was the epitome of a good girl, albeit not the smartest pupil, but I would never have done something like that. I also happened to be a timid, extremely shy child and with the entire class staring at me, waiting for my answer, I froze.

When I did answer, my brain betrayed me and I first said, “No”. The teacher looked at me, with these killer eyes and asked, “Who helped you?”. I tried to find the right words to explain that I had written the story. I’d followed the instructions to have classmates and my sister read it and point out any mistakes, which I then changed where necessary. He gave me this unbelieving look and sent me back to my desk, with my cheeks on fire and everyone gaping at me.

I’m sad to say, I can’t remember what mark I got for my work. I tossed it as soon as I got it back—though I now wish I hadn’t. I also never put as much effort into my creative writing projects after that, though I still enjoyed them. The fear of being questioned and embarrassed again was too real. He wasn’t a bad teacher, per say, as I still think about him when I write ‘separate’, picturing him at the front of the classroom yelling, “Sep-a-rate! Not sep-E-rate. Sep-A-rate!”. Baring the fact that he did his job—educating me—I will never forget the pain and humiliation he caused.

I suspect the incident affected my future relationships with my English teachers and, perhaps, stunted what may have been an early interest in writing. There is no way to tell, but I do think this particular teacher should have considered the ramifications before acting. It might have also been less traumatic if he hadn’t confronted me in a room full of my peers.

My parting thought as I end what is definitely my most personal blog post to date, is this… don’t judge the abilities of others too quickly. One never knows what is hiding beneath the surface.